No place like Home
Where are they now?
Cora ads
Pix
Video Vault
Your little dog, too
My Attic Treasures

Below are brief descriptions of updates to the site for July 2018. 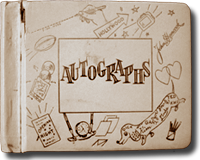 In Pix, a rare, twice-authenticated, one-of-a-kind find featuring Margaret and several co-stars from a special television appearance in a 1962 episode of The Danny Thomas Show...including video.

MargaretHamilton.com is the owner of this unique piece. 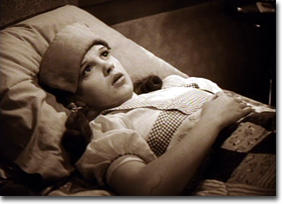 ...and give me that compress. Your adventure was a walk in the park compared to mine.

This website disappeared a few years ago, mainly because of the other two websites that were attached to it. Now, after so many years of darkness, it's time to get busy again.

I promised myself and others, too, that I would get this thing up and running by September 2017. They said it would be easy—like clicking my heels three times?—and they lied, BIGtime. Everything changed while I was gone: HTML was no longer the way I remembered it. Browsers don't work like they used to. And who, pray tell, killed Netscape?

But I did it. There was no wizard to help me, no ruby shoes, no Glinda, no nothing. And no Toto, too. I even went to California looking for her, only to find out that her burial ground was paved over by a highway (disrespect much?...geez...I did drive over it, however). And I also found this.

But I'm done (for today), and you're Home. There's no place like Home...as you can plainly see. 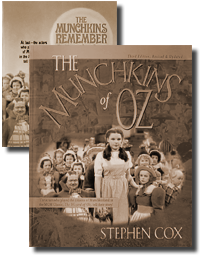 In Pix, prolific author of several television and movie history books, Stephen Cox, shares personal insights behind an amazing photo containing 20 autographs of then-surviving Munchkins from the 1939 The Wizard of Oz film. The autographs were collected at various times, beginning in the 1980s, all the way through the 2000s.

MargaretHamilton.com is the new and proud owner of this museum piece.

Also in Pix is another Munchkin photo featuring autographs of nice-guys Tommy Cottonaro and Jerry Maren.

In Video Vault is a new clip from an early Hamilton movie, Nothing Sacred released in 1937...and in color!

This Is Mainly Why We're Here

Many years ago (while walking down the yellow-brick road...), I thought it would be nice to own a piece of The Wizard of Oz. Since I'm no Willard Carroll, who owns more than his fair share of Oz memorabilia (not mad, just jealous...), MargaretHamilton.com was all I could afford. Why was it available? That's a good question: It was just sitting there waiting to be snapped up, and I was the first to snap.

But why MH? Because her 12-minute WWW appearance in The Wizard of Oz not only stole the movie, but continues to scare the tarnation out of kids around the world. I love that!...and so do they, something they'll appreciate when they grow up.

And then there's the fact that Margaret—Maggie, as she liked to be called—so much reminded me of my good friend, Mabel. Mabel and I were your typical Harold and Maude couple—minus any kind of romantic stuff—we could discuss anything together, we were always there to support each other, and we remained friends until senility stepped in and took her away from me and the world. Plain speaking, down to earth, about the same age as Maggie...Mabel was a gift. Anyway, that's how this all came about...almost...

And then there is also my perverse need to skate on the edge of technology and post "other stuff" on a wide range of subjects. All the other stuff is why there is a My Attic Treasures section...not that I even have a real attic.

If you are a copyright holder of anything on this site and you don't like what I've done, just tell me. I will take down your copyrighted stuff pronto, no harm or disrespect done or intended. But I think the content is either in the public domain (most of it is well over 50 years old), was filmed or designed by me, or falls under the Fair Use Doctrine.

On all of the videos on this site, you will see messages asking you not to steal the work here, and place it on YouTube.

Video content on this website is watermarked; all of the videos contain keep-off-of-YouTube warnings, and they are watermarked several times with this site's identity.

I am not a fan of YT and have never given or shared my work on that site. Furthermore, I don't make money off of anything here. YouTube, however, is a censoring, stealth-surveillance, money-generating corporation worth billions, built off the backs of the artists who originally created the media, and people like me, who promote it in a fair-use manner. Furthermore, YouTube is affiliated with a world-wide famed search engine that feeds information to the surveillance state. Please don't help these corporations grow and prosper; I have enough to do without having to deal with corporate parasites.